TsunamiCon and the Prismatic Tsunami gaming community are dedicated to providing a safe environment to our tabletop role-players without the risk of discomfort and emotional stress. The improvisational nature of role-playing games can make this difficult due to the unique opportunities they present for creativity and collaboration. Different players have different boundaries and it is often difficult to know what will upset or disturb another gamer. Best practices and safety tools are an important part of tabletop role-playing because they allow clear communication about what is, and what is not okay for everyone at the table.

Remember: Safety tools cannot work if players do not implement them.

Hosts should use these tools for every role-playing session. Other safety tools can be used as well, but the below are general gaming best-practices.

Step one of creating a game that everyone can enjoy is clearly communicating the tone of the game and agreeing on which safety tools you will be using for your game. Some games or groups may only need one tool in place, but if your game setting is especially emotional, violent or “close-to-home” for anyone at the table it may be a good idea to use multiple tools. Make sure everyone at the table is clear on how all of your safety tools work before each session.

Agreeing on tone is an important step before starting your game too. Tone is defined as “the general character or attitude of a place, piece of writing, situation, etc.”  Before making characters it’s important that everyone know if it’s going to be a lighthearted romp with funny characters, an intense emotional exploration, a game focused on romance and seduction, or a battle-heavy dungeon crawl. A good way of defining tone is to describe it using movie ratings (G, PG-13, R) and to cite examples of popular media to make sure everyone is on the same page.

After you have finished a session of your game, it is important to check in with everyone to see how they are feeling. This can be done by the GM in private with each person for highly sensitive games, or just be a casual conversation with everyone after the game over some beers. It’s especially important that players touch base with one another after intense scenes or conflicts that happened during the game. This avoids the buildup of negative emotions between sessions and player misunderstandings.

An open door policy is exactly what it sounds like, players can leave the table or leave the game in a mature manner for any reason without being judged. Obviously, this policy doesn’t apply to players who leave the table in a combative or unreasonable way. This can apply to things as simple as restroom breaks, taking phone calls, or going to another room for an emotional cool-down. Everyone at the table deserves the respect to take care of their own needs.

Many of these tools have printable versions for letter sized paper or for 3×5 inch cards. Thank you, Tomer Gurantz! 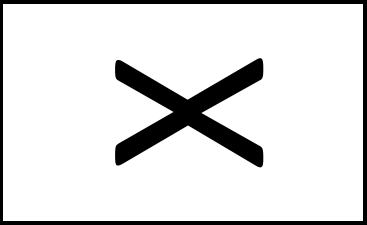 The x-card is the simplest safety tool and also the easiest to implement. A card with a large X is placed on the table where everyone can reach it. If anyone feels uncomfortable, they simply touch the x-card. The GM and other players will change the scene immediately by skipping it or changing what is happening. The person who activated the x-card is not expected to explain their reasons. You can read more about the x-card at http://tinyurl.com/x-card-rpg. John Stavropoulos developed the x-card.

Lines and veils are established boundaries for the story and are defined by each player individually. Generally they are shared with the GM, either as a group or in private, before the start of a game or campaign.

Lines are hard boundaries that exclude specified content from the game, no questions asked. This could include anything, but common lines are children being harmed, rape or sexual violence, or racial discrimination. Veils are softer limits where the player is ok with it being included in the game but it isn’t explicitly described. Things that are specified as veils will be hand-waved without going into detail or happen off-screen, like the fade-to-black sex scenes in a PG movie. You can learn more about them at: https://rpg.stackexchange.com/questions/30906/what-do-the-terms-lines-and-veils-mean 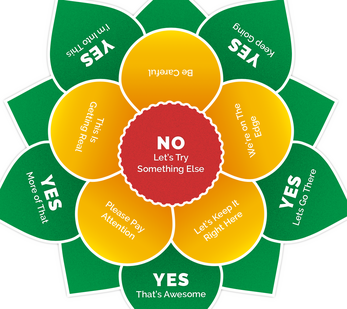 The Consent Flower, also called the Support Flower, lets players communicate how they are feeling about a scene in a subtle, non-verbal way. There are three cards on the table, one of each color: green, yellow and red. Sometimes they can be the shape of petals or have flower pictures on them, but the three colors are what is most important. The person activating the card will make direct eye contact with the person they are trying to communicate with and tap one of the cards.

It is highly recommended that the Consent Flower be used in conjunction with another safety tool, such as the x-card and Lines & Veils.

The Consent/Support Flower was designed by Tayler Stokes and is based on the tool Support Signals by Jay Sylvano. More information about it can be found at https://the-act-apart.itch.io/the-support-flower 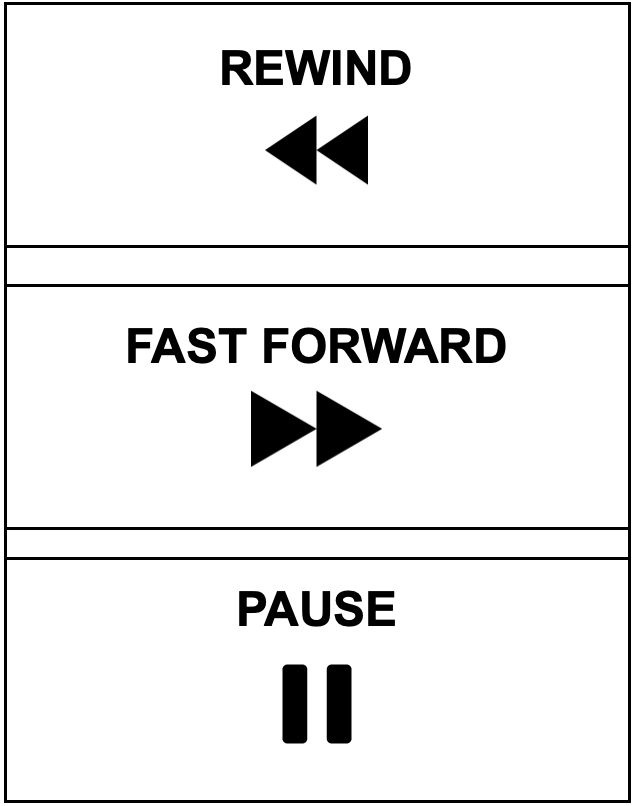 Script Change is a more complex tool than some of the others, but it is highly effective at giving everyone at the table more direct control of a scene when they feel uncomfortable. Three cards are placed in the middle of the table labeled “rewind”, “pause’, and “fast forward” that anyone at the table can tap to activate.

Script Change was designed by Brie Sheldon and more information about it can be found at http://tinyurl.com/nphed7m

Hand Queues are an attempt to equalize conversations by asking participants to observe non-verbal turn taking signals. The goal is to allow a more diverse range of voices to be heard in group conversations, discussions, and games.

Hand Queues was designed by Tayler Stokes. For a full list of hand queues, you can find it here: https://the-act-apart.itch.io/hand-queues

We did not create these tools and have credited the creators when we could find them. There are many others available if you look through the online tabletop role-playing communities! Find the ones that work for you!

This information has been transcribed with permission from the website of our sister convention Midwest Game Fest.